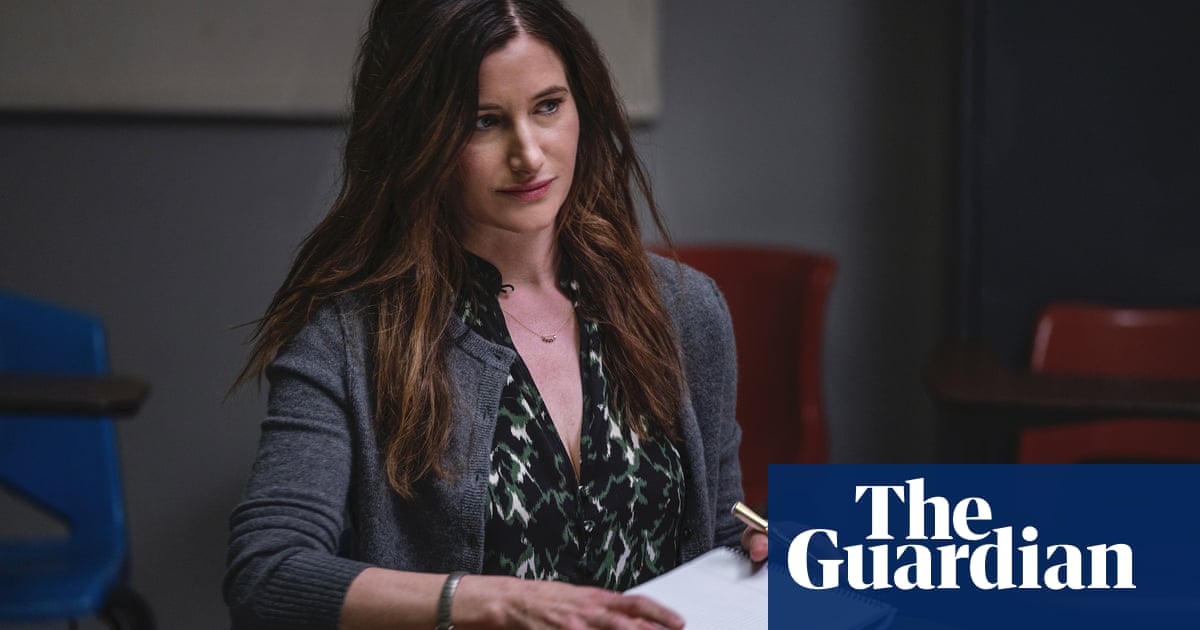 Mrs Fletcher is not a show likely to inspire a rabid fanbase.

The HBO miniseries, based on the 2017 Tom Perrotta novel of the same name, is a small show, in the vein of Ramy, Shrill or Fleabag: half-hour series whose worlds revolve around one deep, rich well of a character surrounded by a knockout supporting cast. But where, say, Shrill rocket-launches one millennial womans self-acceptance (and writing career) and Fleabag shatters, well, everything, Mrs Fletcher is decidedly more understated, indecisive, moody.

Its namesake, Eve Fletcher (Kathryn Hahn), is a mid-40s single mother in suburbia whose attempts to bond with and discipline her teenage son, Brendan (Jackson White), ring so hollow in the first episode, she demands he helps load the van for college, then sweatily does so herself while he gets one last blow job inside that his absence leaves her a shell. Brendans journey from confident lax bro douche to loser isolated by his own outdated expectations of sex and consent in college forms the shows surprisingly refreshing and tricky B plot. But Mrs Fletcher belongs to Eve, which is to say, the brilliant Hahn, as she tries to rediscover herself after years of glomming to the influence of her son or perpetually disappointing ex-husband (Josh Hamilton).

In other words, Mrs Fletcher leans heavily on the thought of sex, less on the action. Several critics have pointed out that Mrs. Fletcher is uneven, at times unsatisfying, a messy misfire. But that messiness is what, for me, makes Mrs Fletcher the most underrated show on TV right now. Its ambitious in its understatement, trying to convey the gravitational pull of the uncensored internet or the wooziness of IRL fantasy. At a dinner party, she is halting and unsure, deflecting a potential date with flashbacks to the porn she watched on her couch hours before. Her motivations are, to be fair, scattered but that scatteredness, even as she still performs the duties of competent senior center employee and mother, feels more real to the mundanity of self-discovery than the drama. (It helps that shes played by Hahn, whose portrayal of sloppy sexiness and hard-won resilience is truly spectacular.)