Online joy over Lashana Lynch inheriting James Bonds codename may be premature. White men wont give up their hero status so easily 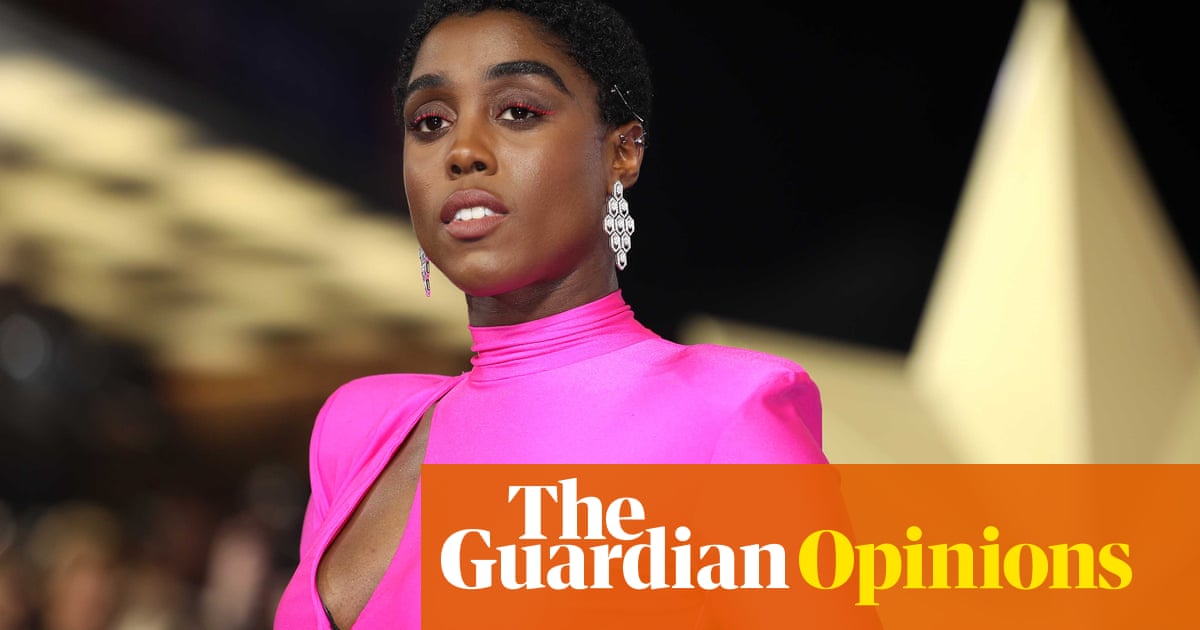 Fans have been hoping for a black actor to play James Bond at least since 2012, when Idris Elba was first rumoured as a possible successor to Daniel Craig. The franchise seems to have finally come through; this weekend it was reported that Lashana Lynch is going to be the new 007.

There was much celebration on social media, which is understandable. But it may be a little premature. Casting black female actors as legacy characters is a great step towards rectifying the historical racism and sexism that has led to a disproportionate number of those characters being white men. But its only a step. Black women also need to be written with respect; they have to be presented as natural, worthy heroes who deserve to wear the cowl or cape or tux in question. Otherwise, the new hero just becomes another way to demonstrate that the real, worthy hero is the white guy.

There are numerous examples of this dynamic. One is the character of James Rhodes, who in various Marvel comics takes over from Tony Stark as the hero Iron Man. Rhodes is in the Marvel Cinematic Universe (MCU), too, and has long been presented as a kind of successor in waiting for Robert Downey Jrs Stark.

But, despite being the heir to the Iron Man helmet, Rhodes has never managed to get much attention or respect in the MCU. He was first played in the original Iron Man film by Terrence Howard, but creative and money differences meant the actor was cut from Iron Man 2. The role was taken over by Don Cheadle, who got to suit up as War Machine, an Iron Man clone, in a number of MCU films.

After Stark dies in Endgame, though, its not Rhodes who is pushed forward as his heroic heir, but the white Spider-Man/Peter Parker (Tom Holland). Parker is willed access to Starks global weapons system in Spider-Man: Far From Home. He and the entire cast of that movie talk at length about who should pick up Starks legacy. The most obvious answer is Rhodes, the guy whos been piloting the armour for years. But hes not even mentioned; no one, apparently, remembers that he exists. Casting a black man as an important legacy character doesnt matter much if you push him off to the side as soon as its his turn to put on the boots.

Netflixs Marvel show Iron Fist dumped its POC legacy character even more dramatically. The martial arts master Iron Fist/Danny Rand was portrayed for two seasons by Finn Jones. In the last episodes of season two, the Iron Fist power, complete with chest tattoo, was passed to Colleen Wing, played by Jessica Henwick, an Asian woman. Jones never seemed comfortable in the Iron Fist role; his Danny Rand was a whiny nonentity, and he performed the fight choreography with a remarkable lack of conviction. Henwick was a much more likable and physically adept performer. It would have been exciting to see her in the title role. But as soon as it passed to her, Netflix cancelled the show.

Another instructive example is the character of Bonnie in the television show The Vampire Diaries. In the books that the series is based on, Bonnie is white. The showrunners, though, chose to cast actress Kat Graham. That was meant to be a progressive move. But, as Ebony Elizabeth Thomas argues in her book The Dark Fantastic, the results were mixed. The shows creators cut out most of Bonnies romantic plot arcs and made her a much less sympathetic character than she is in the books. They may have been concerned that white viewers would have trouble identifying with a black character. Whatever their reasons, Thomas points out that the casting change alone was not enough to overcome the powerful impulse to treat black girls stories as secondary to those of their white counterparts.

The difficulty with changing legacy characters is that the original is generally seen as the iconic version, and successors are temporary and secondary. As a result, the non-white or non-male versions of the character can be treated as afterthoughts or sidekicks, or as mistakes to be quietly pushed from centre stage.

There are some counterexamples. The animated film Spider-Man: Into the Spider-Verse featured African-Latino Miles Morales as Spider-Man, and Morales did get to be the hero of the story, with Peter Parker serving as secondary support. Similarly, Jodie Whittakers Dr Who is unquestionably the star of her own episodes. Oceans Eight gender-swapped Oceans Eleven, and, while a couple of characters from the original franchise have cameos, they never steal the spotlight from the women (as if anyone could steal the spotlight from Rihanna).

So will the new Bond treat Lashana Lynch as the real, heroic, central 007? Early reports suggest maybe not. Supposedly, Lynch has inherited the 007 codename, and her mission is to ask Craigs Bond to come out of retirement for a serious mission. That sounds as if the white, male Bond is still considered the best of the best, with Lynch relegated to a supporting role. Its not hard to imagine her written as little more than another, slightly glorified Bond girl, who gets killed off halfway through.

Or the franchise could do better than that. If the plan is to set up Lynch to take over the mantle from Craig and helm a few Bond movies herself, that would be great. But its premature to give the film-makers too much credit. Experience suggests that, no matter what they say to the contrary, white guys are reluctant to pass their legacies on to anyone else.

A step-by-step blueprint to help you get on the fast-track to fluency. Detailed instructions so all the guess-work is taken out of[...]
Read More
⇛ view similar products
Make Money From Youtube

Make money from YouTube with no marketing, no filming and no website Discover How To Generate A Regular Income Direct From YouTube[...]
Read More
⇛ view similar products
Easy Vegan Recipes

Eat More Plants For Health And Energy... It's Easier Than You Think Follow These Simple Recipes And You Will Be Eating The Same Fo[...]
Read More
⇛ view similar products
Vertigo Can Be Cured

My all-natural program utilizes simple yet powerful exercises that are guaranteed to permanently cure your vertigo and dizziness. [...]
Read More
⇛ view similar products
Vertigo Can Be Cured