Fleabag had the hot priest, Grantchester has its sleuthing vicar and even HBOs Young Pope sequel is returning soon but why are we so infatuated with them? 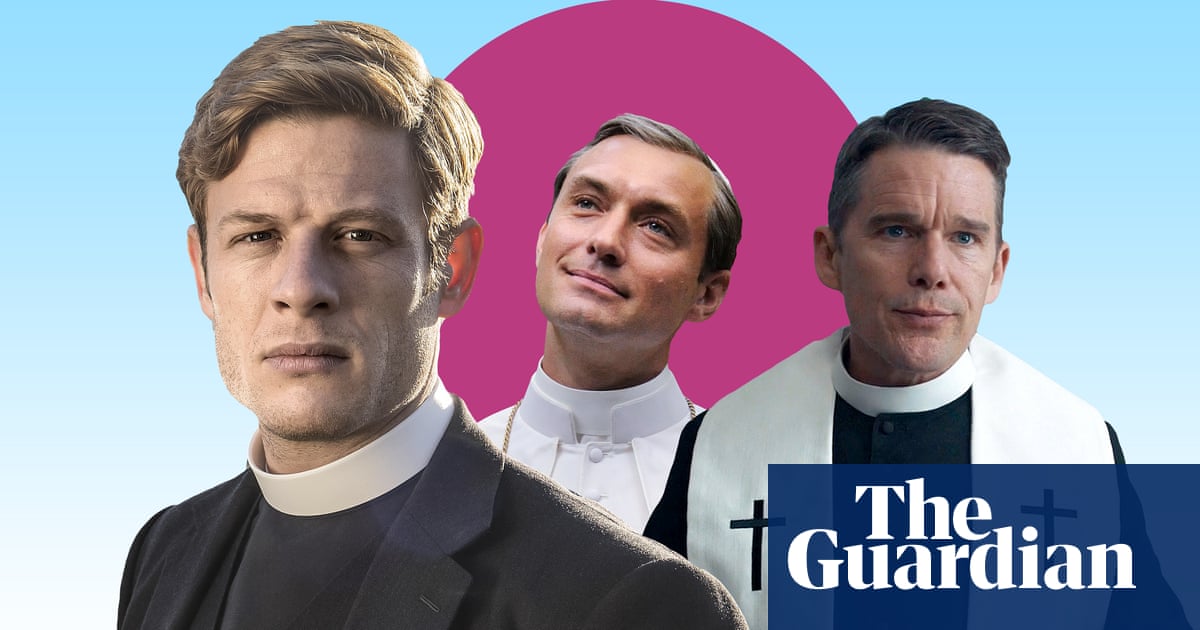 Are we living in the cultural moment of the hot priest? my editor asked.

I wanted an assignment, and for my sins she gave me one.

Theres the one on Fleabag, she said. And the hot priest summer guy on TikTok. Find one more and it makes a trend.

I must have looked dubious.

But when I thought about it, I began to notice hot priests everywhere.

Certainly Fleabag, the cult television series created by Phoebe Waller-Bridge, has done its part for hot priests. The second season features an Irish priest (Andrew Scott) whose vow of celibacy is temporarily compromised by Fleabag. He, in turn, punctures Fleabags cynical shell.

Then theres Grantchester, the mystery series about the crime-solving, jazz-listening Anglican vicar Sidney Chambers (James Norton). Chambers rides a bicycle around the bucolic postwar English countryside, getting mixed up in intrigue while battling his own demons, including combat PTSD. Since Chambers isnt sworn to celibacy, he also gets into various romantic entanglements. In the most recent season, Chambers is replaced by a new vicar Will Davenport (Tom Brittney). Davenport is also devastatingly handsome, though he rides a motorbike, not a bicycle, and listens to rock instead of jazz.

Derry Girls, Netflixs quirky sitcom about a group of Catholic schoolgirls (and one schoolboy) in 1990s Northern Ireland, also has a hot priest the hip young Father Peter, who strides in accompanied by Snap!s Do You See the Light. (Sister Michael, the scene-stealing school principal, is less impressed. For fecks sake, she mutters during one of his platitudes.)

And yes, one more series: HBO has The Young Pope (Jude Law), returning soon in the sequel series, The New Pope. (The networks Spanish-language comedy, Los Espookys, has a subplot in the first episode involving an older priest resentful of a handsome, glossy-lipped, younger priest.)

As for movies, there are almost too many hot priest-related ones to count, but the most recent that springs to mind is First Reformed, Paul Schraders 2017 drama featuring Ethan Hawke as a conflicted Calvinist clergyman.

On a recent Sunday, I decided to undertake some field research at an Episcopal church. There were three clergy a woman and two men and during the eucharist I seized the opportunity to get a closer look. Red wine trickled down my chin.

The priest who administered my communion was fairly good-looking. But was he a hot priest? I wondered, tripping as I entered my pew. And how do you define hot? The scale itself is subjective, is it not? Does a man (or woman) of the cloth need some other, more je ne sais quoi quality in order to qualify? Is it more about charisma?

I tried to puzzle through the phenomenon of the hot priest. Clearly there was something deeper, and more Freudian, at work something about the priest as ultimate unattainable love interest. Is it because we like to think were so special someone might break their vows just to be with us? Is it about the sexual taboo of coveting a man of God? Or is it something more complicated, and maybe even benevolent a sign that millennials arent as resigned to godless materialism as commonly thought?

David Peters, an Episcopal priest and former military chaplain who has written for the Guardian, thinks it is probably a mixture of all of the above. A self-described liturgical influencer and Vsco girl for Jesus, Peters has achieved modest viral fame on the streaming app TikTok for his #hotpriestsummer videos.

Peters is trying to churchplant a new congregation in the Austin suburbs and seized on TikTok as an unorthodox way of spreading the Good News. In his videos he lip-syncs to pop songs while showing off his most outrageous ecclesiastical garb and swinging incense.

I think religious people, especially religious leaders, are not known for their joy, Peters told Vice. But we believe that someone died and rose from the dead that should make us really happy.

As for this sudden cultural infatuation with priests, he has a theory: In any kind of romantic writing youve got to create a situation where its not easy for the couple to get together, he told me. As our society becomes more progressive there are less and less of those barriers. So I guess priests, people whove taken vows, are viewed as the ultimate test.